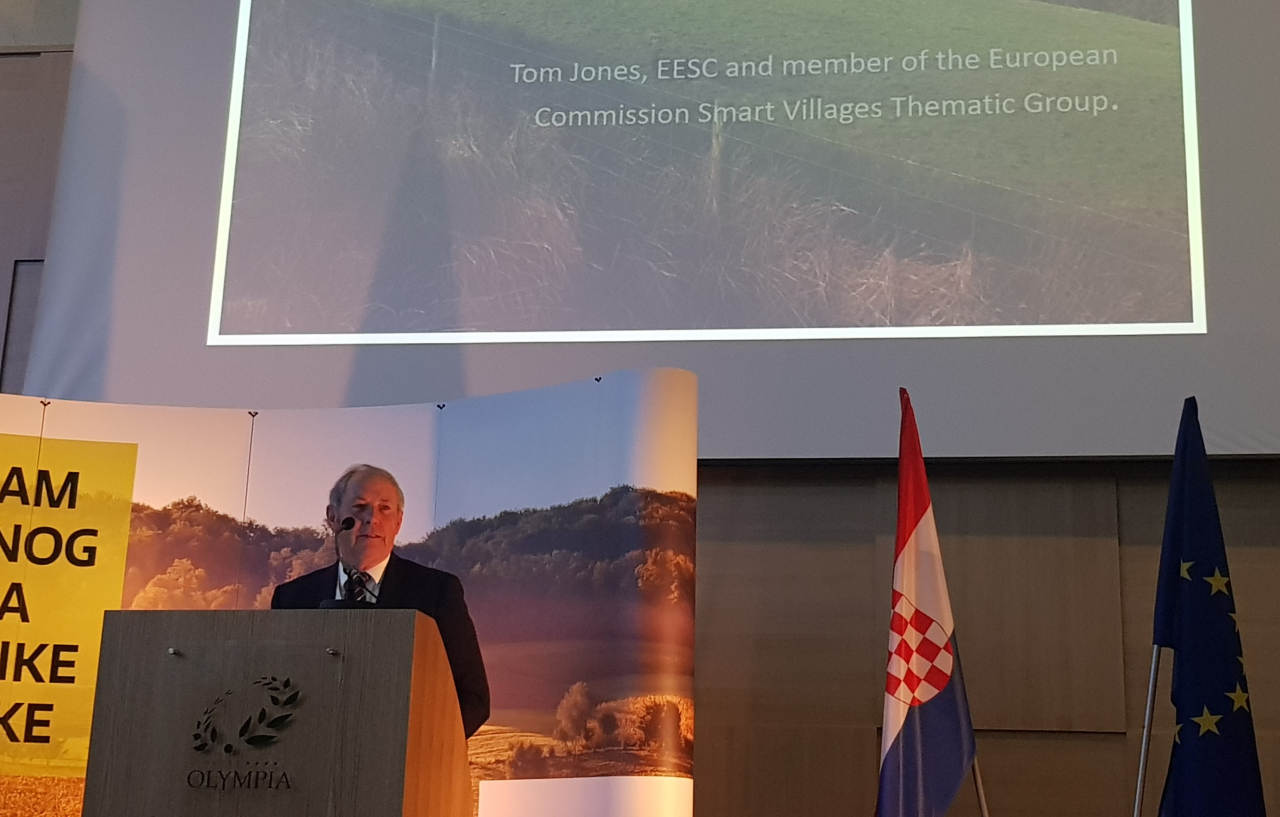 Former Chair and current Vice President of WCVA, Tom Jones, has been elected President of the European Rural Community Alliance (ERCA), in a move that demonstrates how the voluntary sector in Wales is continuing to maintain beneficial ties with Europe in a post-Brexit landscape.

ERCA was established in 2008 as a pan-European alliance of rural village and community movements. It works to link and support rural movements, promote cross-sectoral, place-based rural development and to raise the voice of rural people to influence public opinion and rural policy at EU and national levels.

Giving the Welsh voluntary sector a voice in Europe after Brexit

Tom is no stranger to this kind of work, having represented Wales on the European Economic and Social Committee for the last 13 years as lead spokesman on rural matters, and is keen to demonstrate the value not only of Welsh expertise, but in continuing to maintain good relationships with our European neighbours now that we have left the EU.

‘The challenges are numerous’ said Tom ‘not just in Europe, but across the world – the loss of people in younger age to groups to urban areas is a global issue, not just a Welsh or even European one. There remains a lot of good practice to be shared, as well as support for communities to make their own decisions, and the role of ERCA is to facilitate this.’

‘I firmly believe in the contribution of rural heritage to economic and social renewal. I am a strong and committed advocate of the national rural parliaments and of the European Rural Parliament, whose organizers I highly value.

The voices of rural peoples must be heard when we build bridges between the country and the city to achieve a sustainable green agreement that saves the wealth of the rural environment, gives people structure and economic and social hope, while at the same time using opportunities to contribute to global challenges.’

The value this brings to the Welsh voluntary sector, which has benefitted from significant European involvement through European Structural and Investment Funds, is clear. Tom is hopeful that in time new ways of working will emerge and that pan-European networks, not just European Union ones, will become a sustainable way of working going forward.

Making networks work for us

We still have a lot to learn from these networks, even though the funding mechanisms that facilitate them will be different in the future, whether that’s from the Shared Prosperity Fund, Welsh Government or through other means.

‘We’re not part of the EU any more, but that doesn’t mean we should abandon it. With ERCA, the projects we run support villages, things like affordable housing to bring young people back to the countryside, and it doesn’t matter which part of the world you’re in then – those are the leaders of change you need.’

We can still work with European organisations and there’s potentially an opportunity to engage on an even wider basis – we’re already involved in the Wales and Africa scheme, but there are also a number of other geographical regions who will have similar problems that we can reach out to.

The issue will be first of all funding – it’s difficult to visit and participate in conferences in the traditional manner without funding for travel and so on, although COVID has taught us we can manage quite well through technological means.

Looking to the future

What also need addressing is how young people will get work experience in different places. We’re waiting for further detail around the Turing Scheme, and Welsh Government have now announced their own International Learning Exchange programme and it’s important for the sector to be kept up to date on these.

In keeping with the theme of making sure sector can position itself to influence and engage positively in the future, there are some events of interest coming up in April – Life after EU Membership – What next for the third sector in Wales? and an event in collaboration with SCVO, NICVA and NCVO – Life after EU Membership – What next for Civil Society in the UK? – make sure to book your place today!