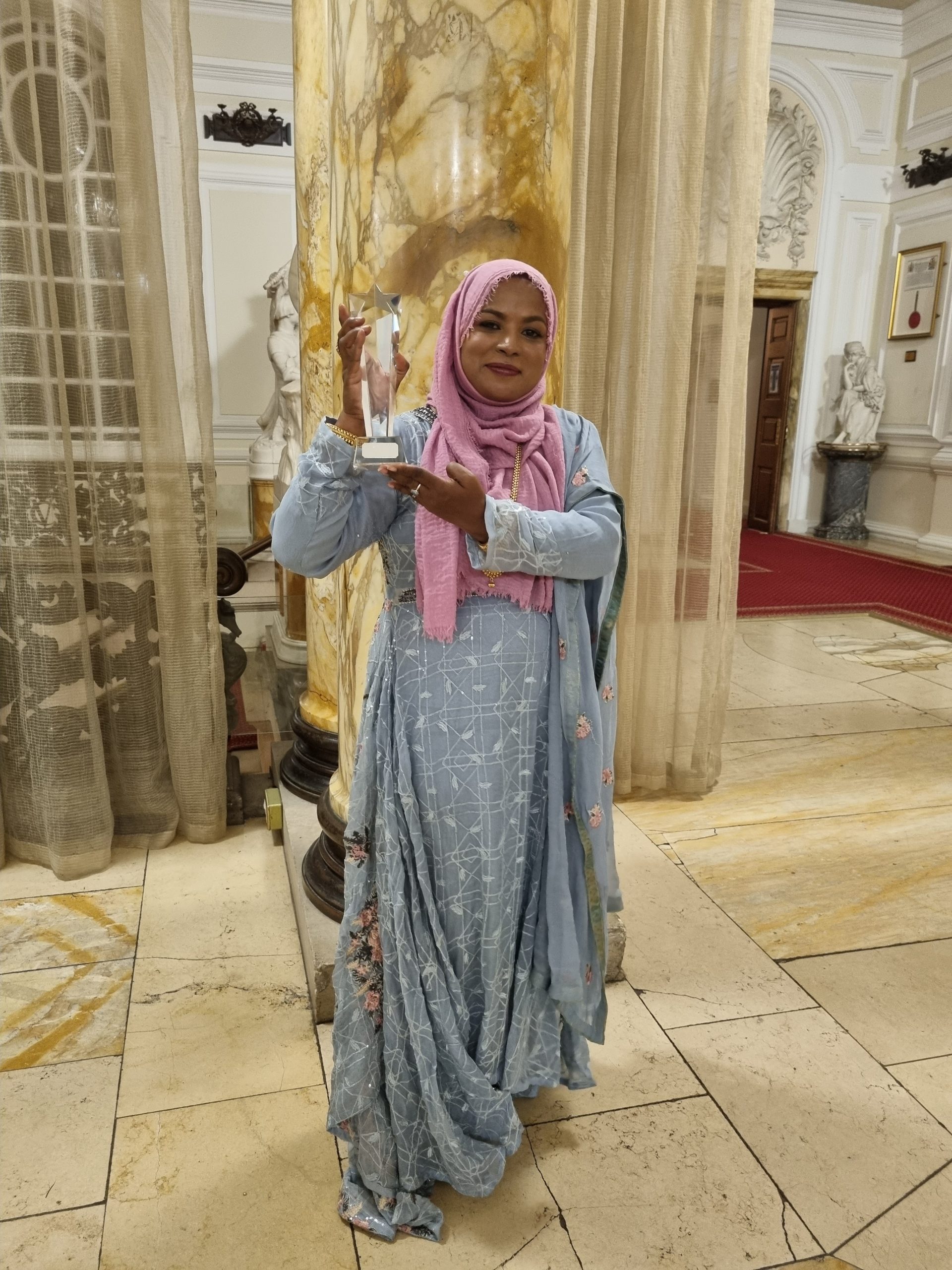 Our very own Rajma Begum has won an award for her outstanding contribution to Sport, Arts and Culture at the 2021 Ethnic Minority Welsh Women Achievement Association (EMWWAA) Awards.

On 17 September 2021 Ethnic Minority Welsh Women Achievement Association (EMWWAA) hosted an awards ceremony to recognise the phenomenal successes and achievements of women and girls from different walks of life here in Wales.

With so many inspiring women being nominated for these awards, it is a huge achievement that our very own Rajma Begum took home an award in the ‘Contribution to the Arts, Culture and Sports’ category. This category acknowledges the work of women whose hard work has had a positive impact in the fields of art and design, culture and sport in Wales.

Rajma has a huge portfolio of successes in the fields of sport and diversity and was nominated for her ability to inspire others and lead positive change. After being elected a board member of Sport Wales following ministerial public appointment in 2019, Rajma has worked tirelessly to help the organisation to effectively achieve targets on top of her role as chair of Women Connect First and managing the BME Sport Cymru project at WCVA.

Since the beginning of the COVID-19 pandemic, Rajma has also been involved in campaigning and advocating on various forums and consultations on the disproportionate impact the pandemic has had on black and minority ethnic communities. She has also sourced and distributed sports equipment to help children to stay active during lockdowns which helped the initiation of a variety of online physical activities.

A REFLECTION OF RAJMA’S COMMITTMENT TO EQUALITY

Rajma has a deep passion for women’s rights, social justice and equality and diversity and this award is a true reflection of her amazing work to ensure all sports and physical activities are accessible and welcoming for all facets of the welsh community.

Speaking of her achievement, Rajma said; ‘It was an honour to receive the award and be recognised for the positive impact I have been making in the Sport and Leisure sector for the past 17 years. I hope this will inspire others to follow my footsteps and continue the mission to make all Sport accessible and equitable for everyone’. 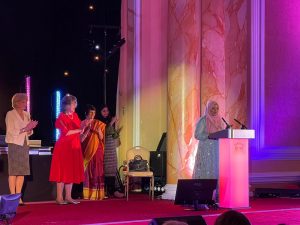 These awards are so important to celebrate the positive impact being made by so many women from different backgrounds across Wales. Speaking of the importance of the awards and Rajma’s success at the ceremony, Professor Meena Upadhyaya, founder of EMWWAA said: ‘EMWWAA awards spotlight the diverse female ethnic minority talent in Wales and their impact on Welsh culture. It was a challenge for us to host the 2021 award ceremony during the pandemic. I am delighted to congratulate Rajma Begum for winning the EMWWAA Art, Culture and Sports award. Rajma is a rising star, and I am sure she will go a long way. Well done Rajma!’

WCVA is proud to congratulate Rajma on receiving this coveted award and we feel very lucky to have her working as part of the WCVA team to help make a bigger difference to society in Wales.