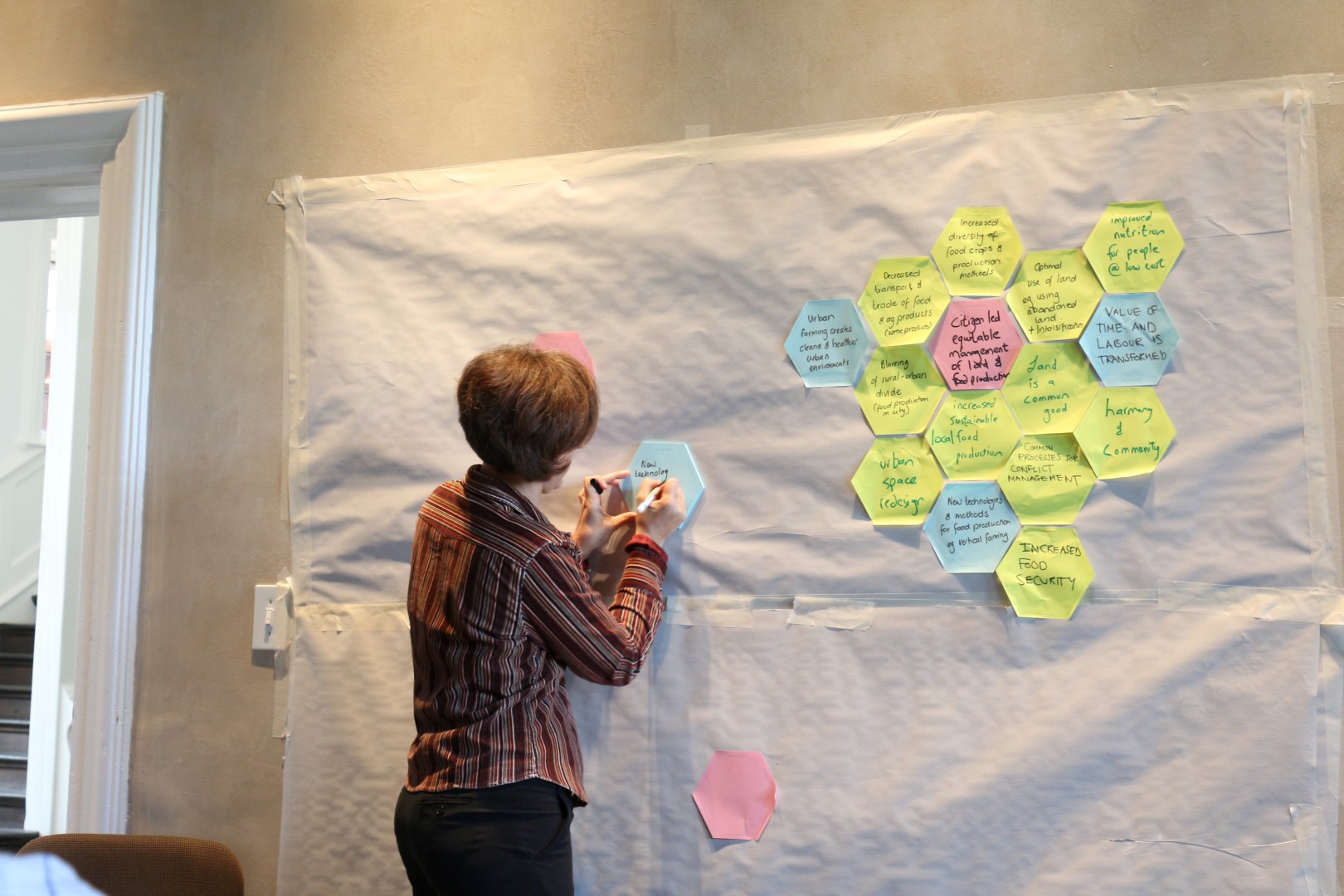 ‘You can’t control the future, but you can influence it’

Aimee Parker leads WCVA’s Better Futures Wales project, a pilot project working with three communities in Wales to imagine and plan for ‘Better Futures’. Here she explains more about the methodology used by the project.

The chosen methodology for this project was the ‘Seeds of Change’. This methodology was developed by the Good Anthropocene and uses accessible and straightforward futures methods to engage communities and enable them to imagine their own futures and create the change they want to see. The ‘Seeds of Change’ has been used effectively elsewhere in the world but this was the first time it has been used in the UK.

Each of the three communities we worked with for the pilot project committed to participating in two three-hour workshops (broken into smaller sections for the young people from EYST). The first workshop was about dreaming of a better future using positive ‘seeds of change’ to explore the positive ripple effect that ideas or small-scale projects or innovations can have.

The definition of a seed is that it is: ‘likely not widespread or well known. They can be social initiatives, new technologies, economic tools, or socio-ecological projects, or organisations, movements or new ways of acting that appear to be contributing to the creation of a future that is just, prosperous and sustainable.’

In workshop one, futures wheels were used to capture the key discussion points from each of the groups. The participants were split into four groups and each group was given three ‘seeds’. These seeds were used to encourage thinking about how a small idea can ripple and lead to broader change.

It may help to bring this to life with a worked example which was used by one of the groups.

The ripple effects of the seed is the focus of the discussion. The groups were asked to consider the potential impacts and implications of this seed if it were a reality. For this example the group talked about a world where there was less traffic on the roads, a more equitable society, reduced carbon emissions, cleaner air, more money in their pockets, children playing on the streets, free transport, improved employment opportunities and accessibility.

The groups were encouraged to dream in a positive way without finding barriers or reasons why this dream cannot become a reality.

The premise of futures theory is that you have to be able to visualize a different world in order to create it. This comes with the recognition that ‘you can’t control the future, but you can influence it, by what you choose to do—and what you choose not to do.’ (Wendy Schultz)

Below is the futures wheel we used to capture the conversation. As the meetings were on zoom we used miro boards during these sessions but a flip chart and post-it notes would be just as effective.

After workshop one the lead organisation for each community was asked to reflect on the conversations and develop four representative vision statements based on the themes emerging from workshop one. These statements are used in workshop two.

This was an opportunity to engage with, learn and understand the visions and aspirations of diverse communities in Wales. We are keen to see this project have a wider impact and have developed this series of blogs as well as podcasts, vlogs and a toolkit which can be found here. The aim of these resources, particularly the toolkit, is to give other communities the opportunity to use the ‘seeds of change’ and to strengthen community foresight capability in Wales.