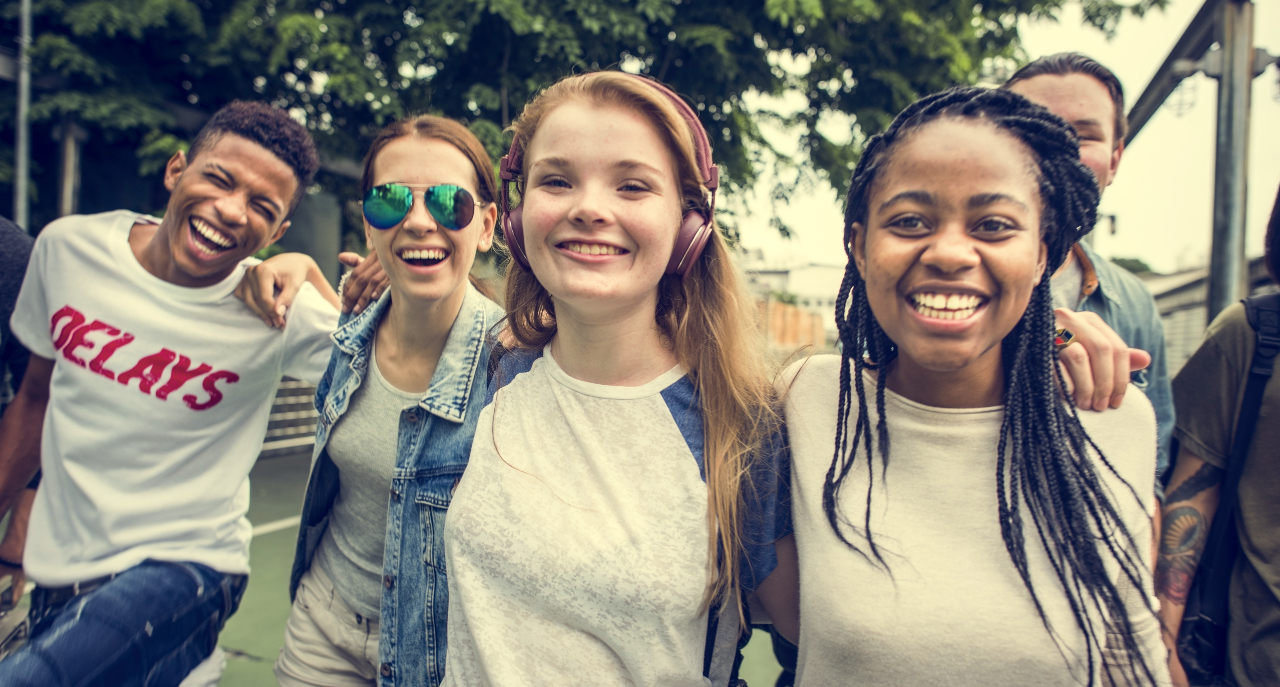 As part of the Better Futures Wales project, Aimee Parker talks about her experiences working with EYST, engaging young people and helping them plan for and imagine a ‘better future’.

The Better Futures Wales pilot project used an open recruitment process to identify three communities to work with, two of place and one of young people.

For the community of young people we worked with EYST who engaged young people (aged 11-25) from different ethnic backgrounds from across Wales to participate in the project. EYST was set up to empower young people to feel integrated in Wales so were a very good fit for this project.

In workshop one the young people were given a range of ‘seeds’ which were used to encourage them to dream and imagine a different future. To learn more about the seeds and the methodology please read my blog on the methodology we used.

Some strong themes emerged from the conversations, these were solidarity, participation, community and the importance of positive role models.

The young people showed huge empathy and compassion both for their peers in the workshop and in terms of the better future they would like to see. They wanted to see refugees and young people welcomed, included and given opportunities. They wanted strong cohesive communities and a feeling of togetherness.

DREAMS OF A BETTER FUTURE

For workshop two the team at EYST were asked to reflect on the themes which came out of workshop one and put together aspirational statements which captured the young people’s dreams of a better future.

The young people went into breakout groups and used the three horizons method to explore the steps to achieve the better future described in the statements.

SAFE SPACES, POSITIVE ROLE MODELS, AND TEARING UP THE CURRICULUM

The young people had lots of ideas about how we can move towards the future they want to see, these ranged from influencing policy, developing new legal frameworks, tearing up the existing school curriculum, maximising the potential of social media and recognizing qualifications from other countries.

They also wanted safe spaces where they are safe and free to express themselves. Positive role modelling was also discussed in depth; one participant stated, ‘you can’t be what you can’t see’. The importance of representative role models in education, employment, sports and workplaces were deemed essential.

The young people shared that they enjoyed being able to dream. They felt a sense of accomplishment and pride about being involved with the project and were appreciative of the opportunity to talk about the things that were important to them.

The workshop was energetic and fun, we had music playing in the break and pulled silly faces for the camera. It was a privilege to have the opportunity to work with these young, articulate, passionate people who will no doubt change the world in some way!

We are keen to see this project have a wider impact and have developed this series of blogs as well as podcasts, vlogs and a toolkit, all of which can be found here.