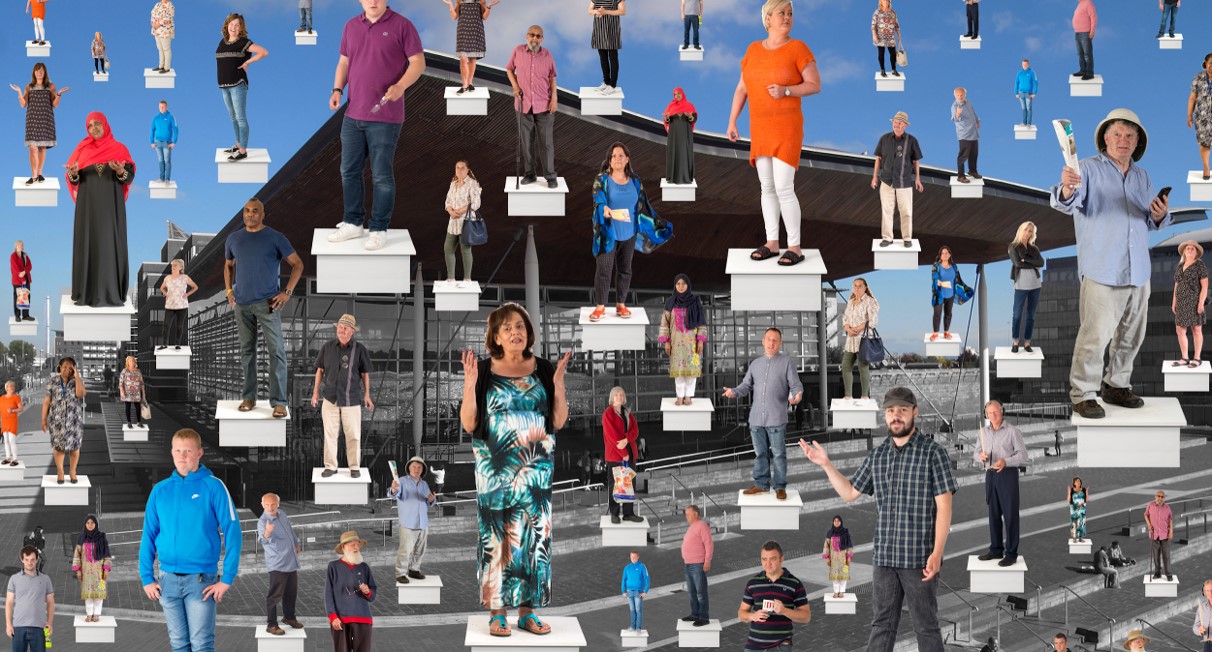 As one of the co-researchers on the Weathering the Storms enquiry into Community Anchor Organisations in Wales, community development specialist Russell Todd outlines their value, which is often hidden but which the COVID-19 pandemic shone a light upon.

During the COVID-19 pandemic an array of grassroots community responses have demonstrated remarkable diligence, creativity, and fortitude in providing communities with mutual aid, wellbeing opportunities, cultural activities, and more. Where they exist, Community Anchor Organisations have been an integral part of this response, something to which I could testify as the pandemic struck in the middle of the Weathering the Storms enquiry into ‘Anchors’.

The enquiry followed on from the Productive Margins: regulating for engagement research (funded by the Economic and Social Research Council) which bore witness to what happened to two long-established community organisations delivering the Communities First programme locally: The 3Gs Community Development Trust in Merthyr Tydfil; and South Riverside Community Development Centre in Riverside, Cardiff.

As well as documenting what happened to them as they lost staff and income, and tried to re-establish themselves, the research looked to the organisations themselves: what made them different to other voluntary sector organisations? What do they do? What do they see as their value?

We concluded that much of what they did and valued was beyond the gaze of formal evaluations – hence ‘hidden’ – and often at odds with the unrealistic expectations and processes set by government.  We started using the term ‘Anchor’ as they are at the centre of a social infrastructure which responds in a multiplicity of ways to emerging community concerns and ambitions.  When their existence is threatened so too is a web of productive relationships and partnerships which link individuals and small community groups to each other, and to organisations that have the potential power and resources to improve people’s living and working conditions.

Our Weathering the Storms enquiry turned its gaze to a cohort of Anchors across Wales at a particular moment in time.  First, we saw an emerging interest in and development of community hubs, though there was an unhelpful confusion between ones that were community and local authority-owned and driven.

Secondly, there has been a growing appreciation of the foundational economy and the role that non-state agencies play in it.

Then there is the yawning void left by the phasing out of Communities First leaving, little by way of clear governmental policy for Welsh communities, and a similar process happening in those rural communities in the LEADER programme.

Finally, despite the ‘stormy weather’ of COVID and Brexit battering communities, new and small islands of activism can be seen that may well become the Anchors of tomorrow.  In telling the history of Anchors we heard how many had emerged, through necessity, to repair the damage of economic, social and environmental assaults.

In addition to re-enforcing much of what Productive Margins did, we also observed the following.

Our Weathering the Storms paper is published at a critical time. As well as Senedd and local elections in the next 15 months, there is also much talk about exploring new post-pandemic social, economic and ecological possibilities. To this end, we argue there is a need to grow the number and strength of Anchors in Wales (in those communities who feel they would benefit from one and certainly not imposed on them), but that this happens hand-in-hand with a greater analysis and understanding of their contribution – current and potential – to civil society and foundational economic thinking.

It is an analysis that is further developed in Scotland where we were struck by the inability of the Scottish Community Alliance to find any ‘example of sustained community empowerment without some such locally embedded [anchor] organisation’.

Considering that not so long-ago Empowerment was one of Welsh Government’s Three E’s (with Early Years and Employability) required to build more resilient Welsh communities, it is a powerful statement and one which we think demands further scrutiny and application in a Welsh context as we re-build our communities when the recent Storms subside.

You can read the full Weathering the Storms paper here.

The People’s Palace: after Magritte.