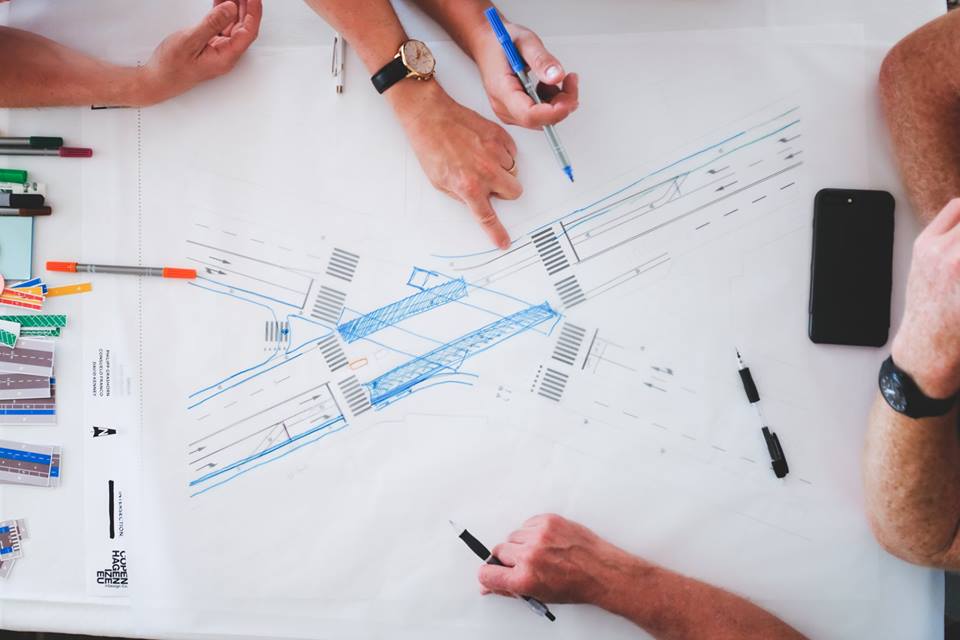 This is the fourth and final part of our series from 2017 Walter Dickie Leadership Bursary winner Steve Brooks, National Director of Sustrans Cymru. Here he rounds up what he’s learnt thanks to the bursary, and what helped him on his journey.

It was a throw away comment, said to me last month by a director in the rail industry, but it’s stuck with me. It was a signal that Sustrans is heading in the right direction.

Like most charities, Sustrans has had to refocus and restructure, in large part because of austerity. European and lottery funding had enabled Sustrans Cymru to expand pedestrian and cycling facilities across Wales for a number of years. I’m proud of our work on schemes like Pont y Ddraig in Rhyl, Pont y Werin between Cardiff and Penarth, and the Valleys Cycle Network. There was still much work to be done, but a worsening economy and a more challenging funding environment forced Sustrans Cymru to change the way it worked…

I joined Sustrans Cymru as National Director in October 2016. The organisation had been forced to reduce in size, and whilst operations were still financially viable and delivering a social benefit, there was a mood amongst some that our best days were behind us, not ahead of us. My plan for my first 12 months focused on three priorities:

All three are interdependent, but central in my mind to the idea of ‘entrepreneurial leadership’ – the approach the Walter Dickie Leadership Bursary seeks to foster.

For me, entrepreneurial leadership is just as much a way of working as it is a type of individual. It’s about identifying a need for change and coming up with a workable solution that’s financially viable (and crucially for social-entrepreneurs) delivers a benefit beyond profit.

I did two things with the bursary. I used the funding to enroll at Oxford University’s Global Challenges in Transport programme and spent time on the Copenhagenize Design Company’s Master Class. This gave me a theoretical and practical look at how we can enable people to choose more sustainable means of traveling from A to B, both of which I’ve discussed in my previous blogs.

But the bursary was also a catalyst to undertake some extra-curricular work on leadership. I think the old cliché ‘it’s important to spend time on your business as well as in your business’ rings true, and the bursary allowed me to do just that.

‘Understand the difference between what you need to know, and what you don’t need to know. There are no shortcuts to acquiring knowledge…’

Three books influenced my thinking, two of which were re-reads. ‘You’re in Charge, now what’ by Neff & Citrin provides an excellent ‘how to’ on strategic leadership; and Alistair Campbell’s ‘Winners: And how they succeed’ unpacks strategy, leadership, teamship and the winning mindset. WCVA chair Peter Davies introduced me to ‘How to Change the World, the essential guide for social sector leaders’ by Craig Dearden-Phillips which features interviews with charity and social enterprise leaders.

Laura McAllister’s keynote speech at the WCVA AGM in 2017 also resonated with me strongly, especially her call for leaders in Wales to be less timid. And Sue Essex, former minister in Rhodri Morgan’s government, shared her insights with me at an event I hosted earlier in the year with Capital Law called ‘Heads Up’.

Whilst there’s a million ways to cut this cake, for me it boils down to the following 11 lessons: