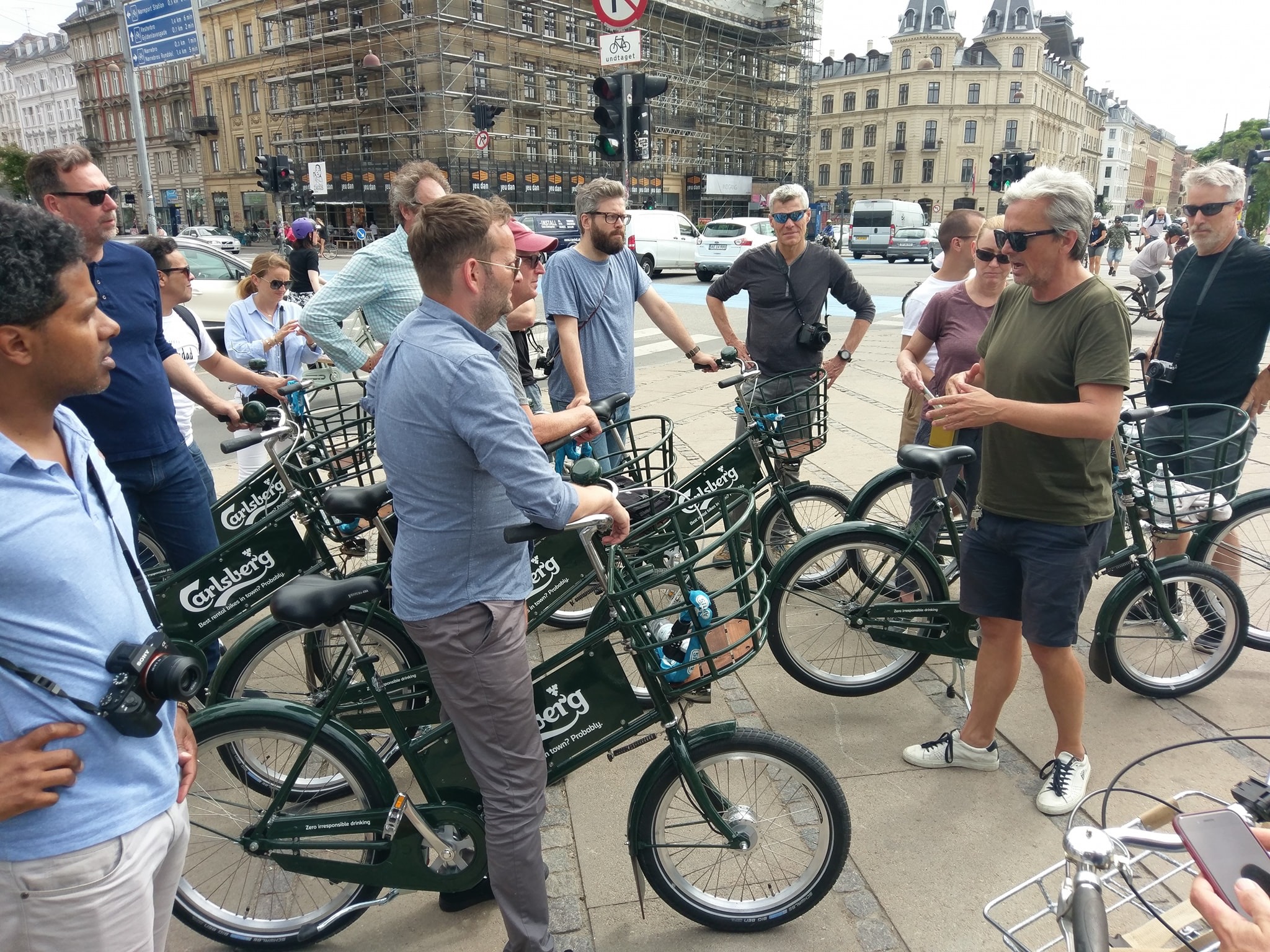 This blog is the first in a series from 2017 Walter Dickie Leadership Bursary winner Steve Brooks, National Director of Sustrans Cymru. Here he talks about how the bursary has helped him see entrepreneurial leadership from a new perspective, and how leaders need to come up with solutions rather than just highlight the issues at hand.

Say the word ‘entrepreneur’ and my mind conjured up one of two images. The first was a tech-savvy millennial, with a portfolio career hot-desking from a coworking space in Indycube and making money from doing things on social media that frankly I don’t fully understand.

The second was older, free-spirits like Arianna Huffington, Richard Branson or James Dyson who’d developed a money-spinning idea back in the day, had massively scaled it up, and were now living off the income and pursuing philanthropic work. Despite having an Instagram account and a regular donation to Oxfam, I fitted neither definition. But my view started to change after I read about Walter Dickie.

Walter ran Lloyds TSB in Wales for several years and was closely associated with the bank’s charitable foundation. Walter was a WCVA trustee and played an instrumental role establishing investments funds for social enterprises. Walter passed away in 2017, but to mark his contribution to public life, a bursary was set up to support third sector leaders to develop their own entrepreneurial leadership skills.

Reading more about Walter Dickie and the bursary dedicated to him changed the way I thought about entrepreneurial leadership.  It might include individuals working for profit, but also included individuals like me who were leading not-for-profit organisations.

Entrepreneurial leadership is just as much a way of working as it is a type of individual. It’s a mindset.  It’s about identifying a need for change and coming up with a workable solution that’s financially viable (and crucially for social-entrepreneurs) delivers a benefit beyond profit.

‘Reading more about Walter Dickie and the bursary dedicated to him changed the way I thought about entrepreneurial leadership.’

When I applied for the bursary, I had not long started as National Director of Sustrans Cymru.  When it came to the external environment, I was clear on what needed to change.  Wales is addicted to the car.  The way we’ve designed our towns and cities has made the car king, and with record numbers of motor vehicles on the road and most short trips still being done in the car, the task ahead is great.  There is a lot to do, but tackling the school run and the work commute are two obvious opportunities.  Yet despite good legislation like the Active Travel Act and the Well-being of Future Generations Act, Wales is still hurtling down a dangerous road.

There’s a ‘delivery gap’: a gap between national policy and local delivery, and this is a problem that exists in most sectors in Wales. Baroness Thatcher famously berated vague civil servants when their advice notes and recommendations failed to bridge that ‘delivery gap’.  In his book ‘Winners’ Alistair Campbell describes the former prime minister warning officials; ‘don’t tell me the ‘what’, I know the ‘what’. Tell me the ‘how’!’

On this, Baroness Thatcher was spot on.  We can all identify what needs to happen. Actually delivering it is something else.

I was delighted to win the bursary and to travel to the WCVA AGM & Lecture in Llandudno to pick up the award and meet Walter’s family, and to hear about his life and his passion for travel and sustainability.  At the AGM Professor Laura McAllister gave a keynote and spoke about the dangers of ‘timid’ leadership.  She warned that in a small country like Wales, timid leadership – not challenging business as usual – was especially dangerous and spoke about the special responsibility incumbent on all third sector leaders to challenge themselves and others more.

Taking inspiration from Laura (and Thatcher!) I used the bursary to develop my own ideas on how to bridge the ‘delivery gap’. I wanted to explore in more detail the problems society faced when traveling from A to B, to think about how transport related to other issues like housing, public health and employment, and to look at how other countries were delivering change on a very practical level.

So at the end of last year, I enrolled on Oxford University’s Global Challenges in Transport course, and earlier this summer I took part in the Copenhagenize Master Class on urban design. In the next blog, I’ll look at some of the lessons from Oxford University and outline how Denmark revolutionised how its citizens travel.  Finally, I’ll discuss how the bursary has changed the way I work.