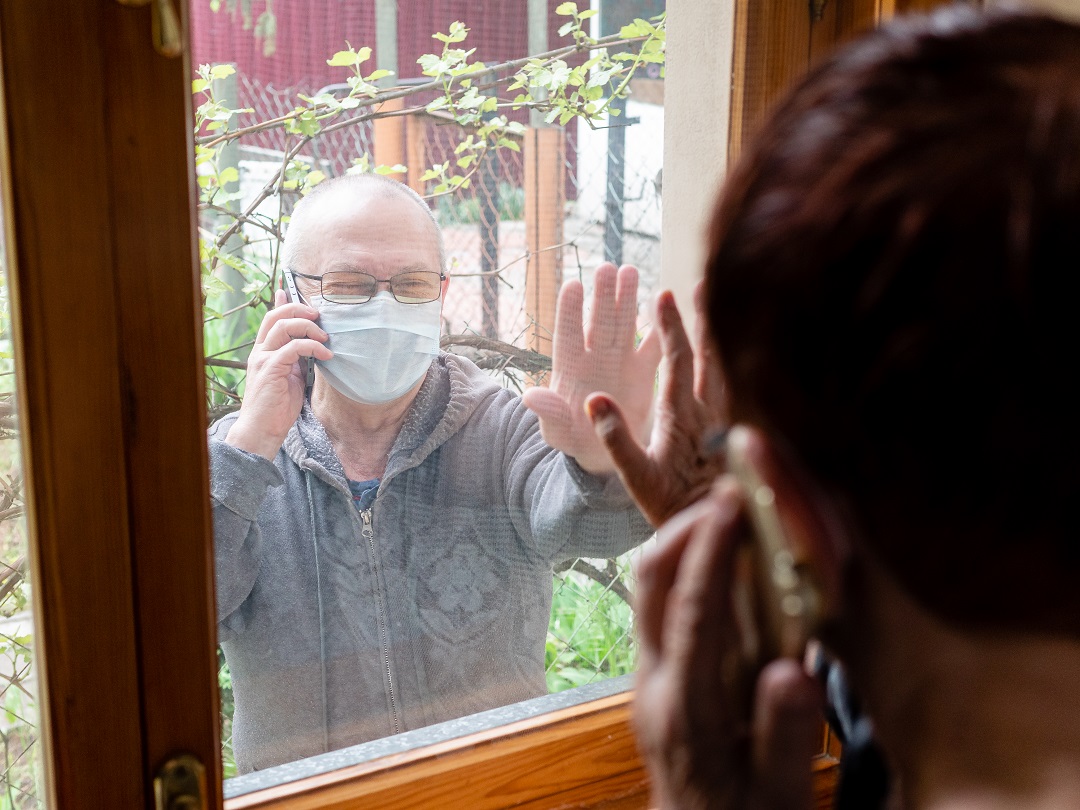 Health inequalities in Wales – COVID-19 and beyond

WCVA Board Member Fran Targett, formerly Director of Citizen’s Advice Cymru, takes a look at how the Covid-19 crisis has highlighted pre-existing inequalities in health and social care and asks how we can move forward to a positive outcome.

Whilst it is clear that both the UK and Welsh Governments have made significant efforts to mitigate some of the economic impacts of Covid-19, the situation for those in a previously economically precarious position and for those whose income has significantly reduced remains very difficult. Whilst we are all in it together in facing the threat of Covid-19, it is important to recognise that its economic and social impact is not evenly distributed.

Even prior to this pandemic, 11.5 million people in the UK had less than £100 in savings to fall back on and more than one quarter of Welsh households did not have enough savings to cover their regular income for just one month. It is clear that there are gaps in the effectiveness of current governmental support. Additional Welsh Government funded support has partially filled some of these gaps in Wales. These proposals for the Welsh Government were documented in the Citizens Advice Cymru report Helping people through the Covid-19 pandemic, but the impact of many individuals will still be massive.

The impact of Covid-19

With many individuals having been made redundant, having reduced hours or being put on furlough, many are trying to manage on reduced incomes. Those most impacted by this are people whose income was already precarious. The self-employed in Wales make up 13% of the workforce aged 16-64 (183,000 people) and the majority of these have experienced immediate and near total loss of income. Many of these will not fit the criteria for obtaining government support. In the last two weeks of March, the volume of Universal Credit claims increased from an average of 100,000 in a two-week period to 950,000 claims. The delays in initial payments, the low level of the benefit and the difficulties being reported by people trying to make this claim remotely, are all extremely concerning. 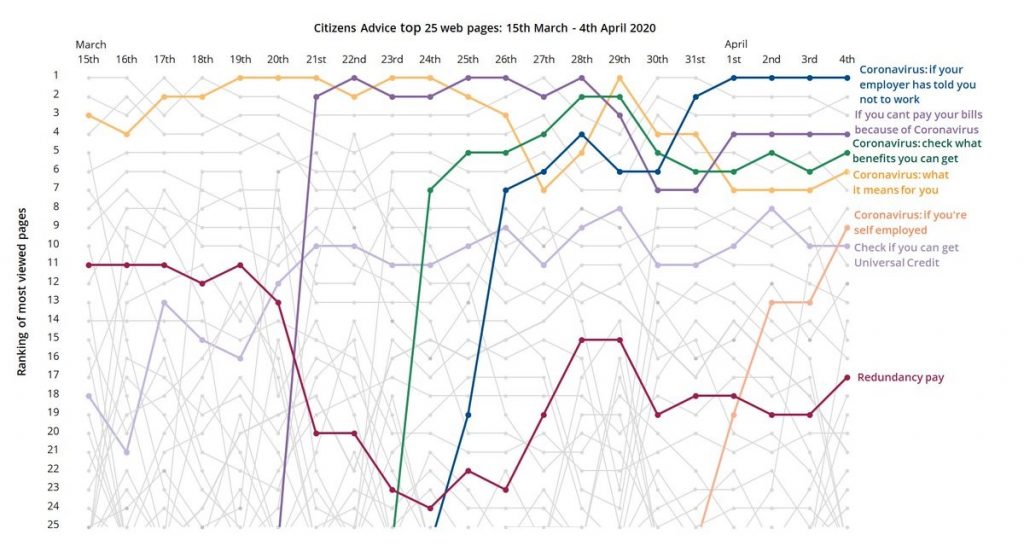 Given the situation with people’s income, Citizens Advice predicts that difficulty with paying bills and debt in general will grow. While it is true that the UK government has been fairly bold on helping with debt – including mortgage holidays and evictions being banned- these are all delaying arrangements (the debt remains but payments are put back). The worry is that these arrangements may come to an end while people’s incomes have not recovered in the same timescale. The risk is that debt problems will accumulate even while these protections are in place resulting in a tsunami of bankruptcies, evictions and service disconnections later.

Looking to the future

While the concern about the future approach to debt will, if not managed well, lead to an increase in housing and homelessness problems, one bright light is that when a crisis drives policy, it is possible to make a huge difference to street homelessness. Given the direct and serious impact of poor housing or homelessness on ill-health, the continued provision of affordable and appropriate housing for these individuals should remain a priority. It will be important to remember what has been so rapidly achieved on a situation that was previously described as impossible to address!

We have been driven to quickly adopt many new ways of working and there have been major changes to ways of contacting the NHS, including video links and telephone services. It is important that the country does not simply revert to the previous ‘business as usual’ once this crisis ends. It is already clear that many people have taken a different view as to what is an emergency as opposed to a more general health concern, from the huge drop in attendances at emergency departments. People need to be encouraged to undertake better self-assessment (and self-treatment in many cases) in the future. Access to primary care looks to have improved as people can get a telephone call back the same day rather than waiting days or even weeks for an appointment.

If this situation has not taught us the singular interdependency between health and social care, then we have been blind to the work currently being done. Likewise the mismatch in resources between the two sectors, which previously existed and continues to do so, (for example in access to Personal Protection Equipment).

Overall, I see the potential for an eventual positive outcome; which may make the horrendous losses of this epidemic seem meaningful. This can be a catalyst for changing our approach to the economy, for tackling the inequalities currently endemic in our society and how we measure success (a focus on wider wellbeing rather than purely wealth).

Accepting and understanding the direct link between the universality of access to health and social care and the need to ensure the economic health and appropriate housing for everyone is vital if we are to achieve equality of outcomes. Progressive taxation remains the most important weapon in the government’s armoury to provide universal access to essential health and care. The delivery of health and care must be based on the principle of maintaining wellness and in particular ensuring a sound foundation of health for all.

This is the moment to be bold (as Aneurin Bevan was in his time) and genuinely consider a form of Universal Basic Income based against the real Living Wage and managed through the taxation system to ensure those with the least are supported. This is the moment to properly reconsider the impacts of monetary and benefits policy on disabled people and ensure that the aim of any scheme for Universal Basic Income is to enable full participation in society for all. I acknowledge that there is a cost to this. The economic cost of Covid-19 will have to be met and taxation will inevitably need to increase.

I propose that we measure the success of our response to this crisis (in part), by whether Wales has also risen to the task set by Sir Michael Marmot in his latest report on health inequalities:

‘There can be no more important task for those concerned with the health of the population than to reduce health inequalities.’