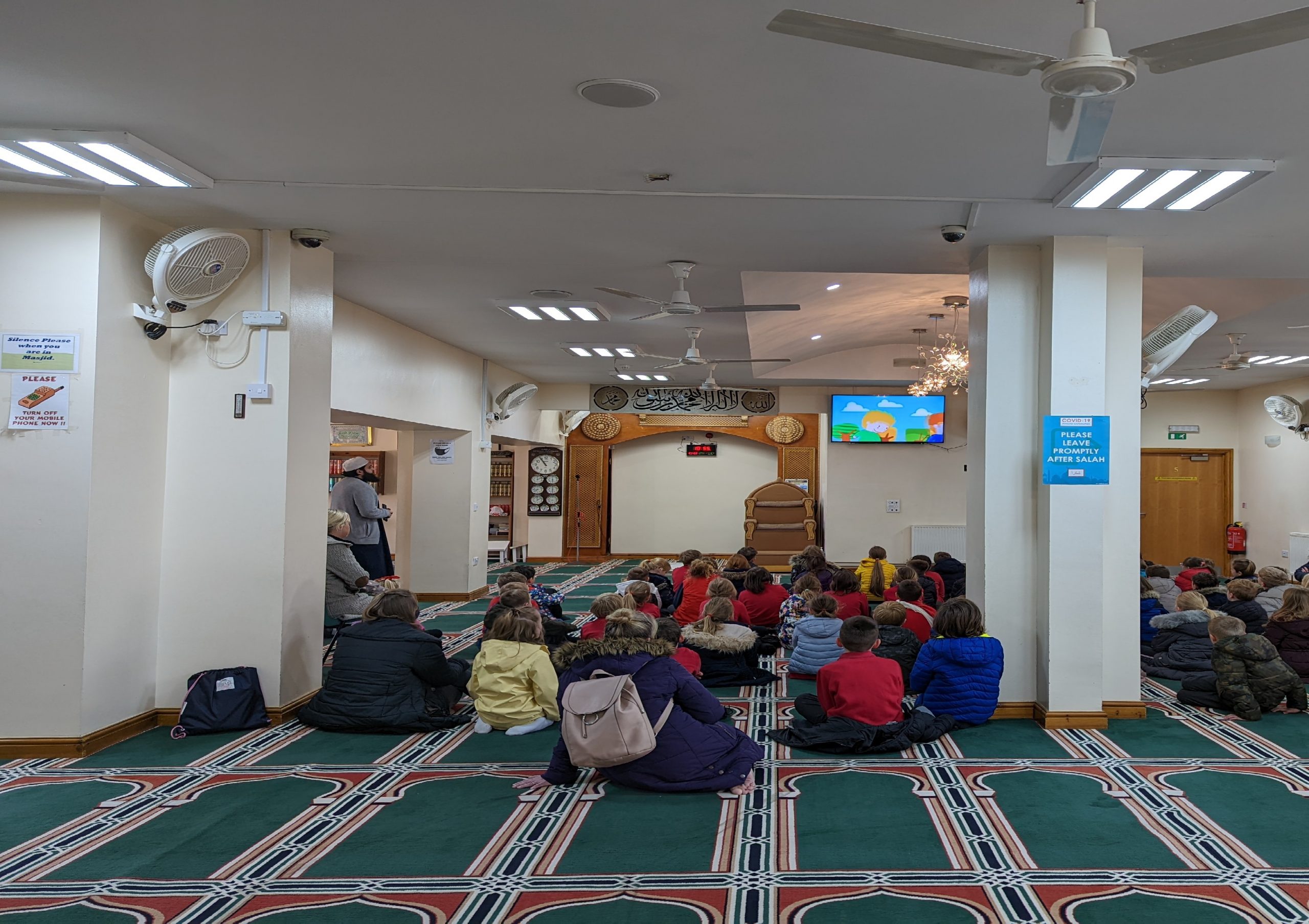 ‘Do you walk all the way to Mecca?’

In the run-up to the 1997 devolution referendum then Secretary of State Ron Davies popularised the notion of Wales as a ‘community of communities’. I’ve always found this to be a particularly apt description of our nation, encapsulating both the diversity and richness of our tight-knit communities.

And so, this Volunteers’ Week we are publishing the first of a series of blogs highlighting community volunteering across Wales, and its valuable contribution to the Well-being Goals for Wales.

Ahead of the holy month of Ramadan I was fascinated hearing colleagues speak about all the community activities they look forward to participating in and, aside from really hoping I’d get an invite to one of those amazing Iftar gatherings (which I did!), it got me thinking about how much community volunteering must be going under the radar, not just during Ramadan, but all throughout the year in Muslim and other faith communities.

There is no easy fix for this, community volunteers don’t tend to log their hours, get involved in policy discussions, or even consider themselves ‘volunteers’ in the first place. Offering a helping hand is simply being part of the community.

I wanted to use this blog to illuminate some of the things I have observed about community volunteering throughout Ramadan.

The first step towards learning is acknowledging how much you don’t know. I did not know much about the teachings of Islam and there was no way I would be able to communicate with this community, and understand their motivations to volunteer, without learning more about the principles they live by.

I was fortunate to be invited, along with a group of year 3 pupils from Monmouthshire, to take part in a visit to Grangetown Muslim Cultural Centre. A school bus arrived early in the morning all the way from Monmouthshire.

The role volunteers played in the school visit itself was immediately apparent – the doors of the mosque were opened by the centre’s volunteer General Secretary, while the school had brought along their own volunteers who were assisting the bus full of pupils with taking off their shoes before entering the prayer hall.

We all learned a lot about Islam that day and it was fascinating to see the children’s curiosity and excitement about being introduced to the beliefs and practices observed in this Grangetown community.

WALKING ALL THE WAY TO MECCA

Having the opportunity to ask an Imam and practicing Muslims any question that came to their mind enabled the pupils to not only receive information but make a positive connection with a community they may not have encountered otherwise.

We did learn pilgrims are not expected to walk (and swim?) over 4,000 miles from Cardiff to Mecca, but we also learned why and how the local children learn Arabic at the centre, why Muslims pray five times a day and fast during Ramadan, as well as the key role Zakah (charitable giving) plays in Islam.

There is no doubt this visit helped contribute towards ‘A Wales of Cohesive Communities’ (Well-being of Future Generations (Wales) Act 2015) and it would certainly support the pupils into becoming ‘ethical, informed citizens of Wales and the world’, as set out in the new Curriculum for Wales’ four purposes. Volunteers, both from the community and the ‘traditional’ voluntary sector were key in enabling this visit.

Following the school visit, I tried to quantify the impact those volunteering at Grangetown Muslim Cultural Centre have by interviewing Tariq – a colleague working in WCVA’s Active Inclusion team, who is also the centre’s General Secretary – a voluntary role he’s held for the past 20 years.

Tariq told me he volunteers at the mosque on average two hours a week. This is approximately 104 hours every year, 2,080 hours over the course of 20 years, or 297 working days!

His voluntary action isn’t formally recorded and reported, yet the impact on the local community and beyond is far reaching. The centre is run entirely by volunteers, with 12 community members serving as Board members and many more volunteers helping with a myriad of different tasks – from painting and decorating, organising litter picks in the local area, to ensuring social distancing in recent years.

CREATING SPACE FOR THE COMMUNITY

The mosque is located in a building previously used as a community centre. Shortly after the centre closed, volunteers from the local community registered a charity and started fundraising. A year later, they bought the building and began transforming it.

The centre now houses religious services, local councillor surgeries, language classes, a day centre for older people and space for Islamic funeral services and small social events. The social value this centre brings to the area goes far beyond serving the needs of the core volunteer community who run it.

What is more, during the month of Ramadan, they host a fundraising event for a different charity every day of the week, the majority of the charities supported help people in need abroad. What a brilliant contribution to ‘A Globally Responsible Wales’!

While my initial intention for this project was to zoom-in on Grangetown Muslim Cultural Centre’s cohort of volunteers, it soon became apparent this is not only difficult, but also unhelpful.

If we circle back to the concept of ‘community of communities’ – the elaborate web of connections between Wales’ communities is integral to the sustained success of each one of them. The school visit I witnessed could take place because of the mosque volunteers, as well as, the school volunteers, and benefitted both groups as well.

This brief partnership brings about benefits for:

BEING PART OF A BIGGER PICTURE

A couple of weeks after the school visit, I was invited to a community Iftar at nearby Grange Pavilion. (Iftar is the evening meal with which Muslims break fast at sunset during Ramadan.) I arrived a bit early and was lucky enough to catch the Pavilion’s AGM, conveniently taking place this afternoon.

An example of community voluntary action deserving of its own piece really, it introduced me to a plethora or Grangetown volunteering groups – gardening, youth forum, housing, to name but a few.

Following the AGM, Grangetown’s vibrant community groups all gathered in the café to learn about the significance of Iftar, hear the call to prayer (and participate, if they’d like) before we all enjoyed a truly glorious (and enormous!) feast courtesy of local businesses.

This event brough together so many subsections of civil society – community groups, curious Grangetown residents, volunteers from the local mosque, and the local community centre. All these communities came together to learn, share and show appreciation towards the practices of one.

There was virtually no distinction between the mosque volunteers, other community group volunteers, or the Pavilion’s Board members when it came to practical volunteering during the event, with everyone putting their hands together to lay the tables, help serve and clean up. Perhaps this is one of the challenges in defining and quantifying community volunteering?

MORE ON VOLUNTEERING AND VOLUNTEERS’ WEEK

I hope this brief look at just one of Wales’ diverse communities has helped to illustrate the wide-ranging benefits and impacts of community or ‘informal’ volunteering.  We really can credit community based volunteers as being fundamental to creating a ‘Wales of Cohesive Communities’.

If this has whetted your appetite for volunteering, why not hop on over to Volunteering Wales where you can find volunteering opportunities of all shapes and sized in Wales.

Also, check out our article on Volunteers’ Week to find out how you can get involved.