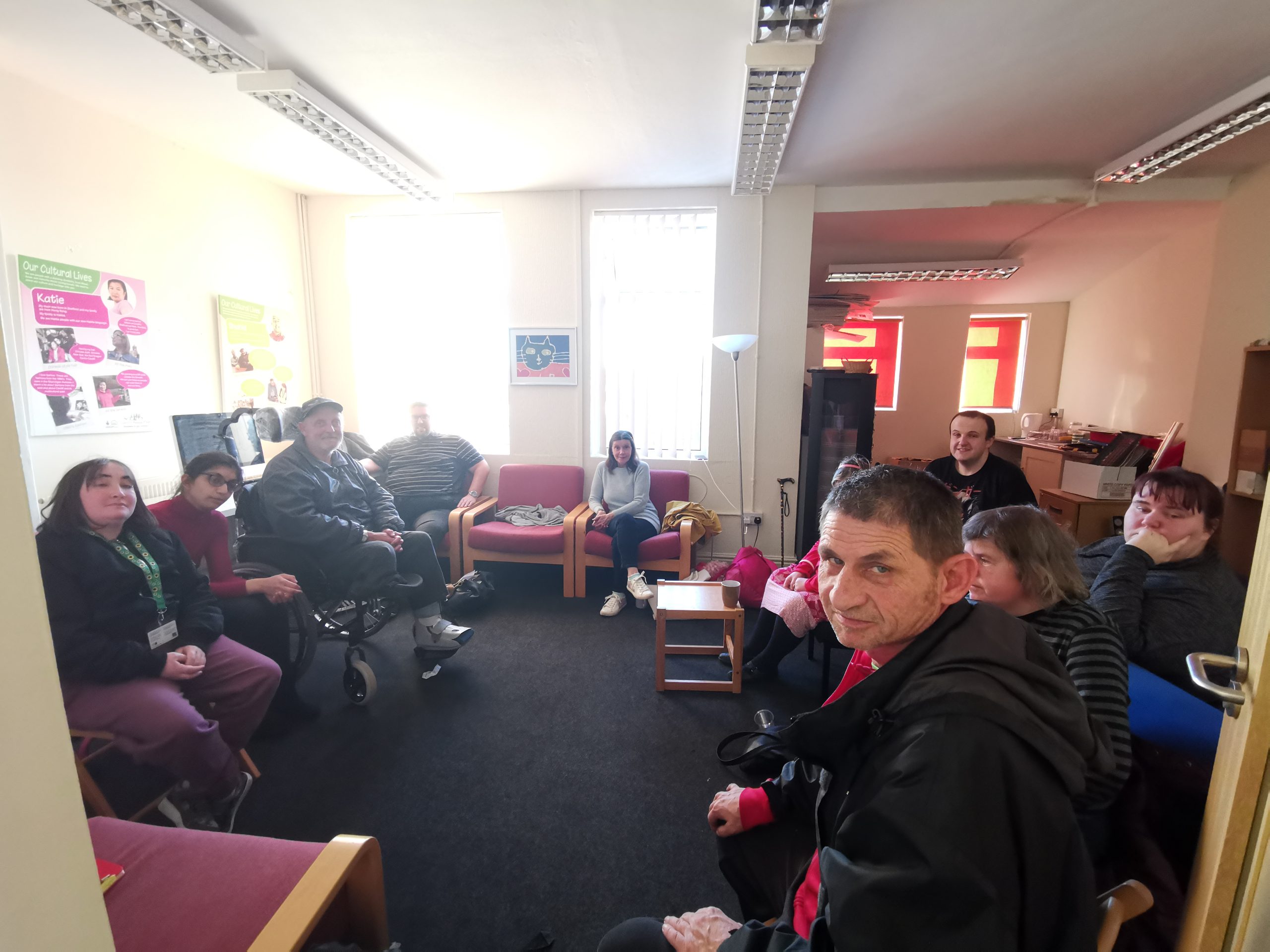 All for one, events for all

People with learning disabilities or access issues can often face themselves battling isolation and stigma, but European Social Funding via the Active Inclusion fund is helping Cardiff People First to transform events and venues in and around Cardiff areas and make them accessible for people with a learning disability.

A group of dedicated volunteers, all of whom have various disabilities, meet at Cardiff People First’s offices on a regular basis to organise and run events that they hope won’t just benefit them but other people with disabilities all across the area.One of CPF’s participants, Simon, recently helped organise an evening at the Moon club in Cardiff. He persuaded local band Oh Peas! to play a gig after getting to know them through the Gig Buddies scheme which pairs adults with a learning disability with volunteers with interests.Speaking about what he gets from attending CPF meetings, he says: ‘What it’s about is showing people what we can do and showing other people with disabilities like ourselves that you can go out, and you can be safe and have a good time.People need to understand that having a good life is about more than what you do in the daytime – a good life is 24/7, there’s no reason for people with disabilities not to go out in the evening and be safe at events.’

And aside from exercising the organisational skills necessary to put on an event, this has allowed Simon to explore his love of music and DJ at the night as well.

Another participant, Anthony, has severe mobility issues and uses a wheelchair ‘I feel this gets us out rather than being buried indoors. It’s so easy to just sit in your house and not want to go anywhere or meet anyone. Being able to socialise and make new friends is something everybody needs.

Putting on these events gets us out, and every one of us is learning new things from everybody at our meetings, and we’re always advocating for better services for disabled people.’

For other participants, it can be about something as simple, but also important, as keeping themselves occupied. One says, ‘When I’m at home in my flat, all I’m doing is watching tv and I get bored so quickly, and when I’m bored I self-harm.’

The group’s commitment to each other is plain to see as well – they learn from each other. As Tom, another participant, explains that he’s going to have to take some time away to have stents inserted to help his heart, what could be a serious discussion about his health turns into a teachable moment as others in the group ask him to explain what stents are (and also get him to show off about his white belt in Kung Fu).

This is ultimately what brings people back to the group, week after week. ‘You meet new people; you learn from them and they learn from you’ says Anthony. ‘I was asked to do a voiceover for a video called “Changing places” about the Wales Millennium Centre and being asked to do that was something I never expected, someone saying I’d be good at speaking. It feels like people really appreciate my input.’

Zarah, a Project Officer at CPF says ‘it all merges eventually into what the organisation’s about – getting the public to notice them as people first, as opposed to someone with a disability.’ If they get to have a good time while that happens, well, that’s just a bonus.