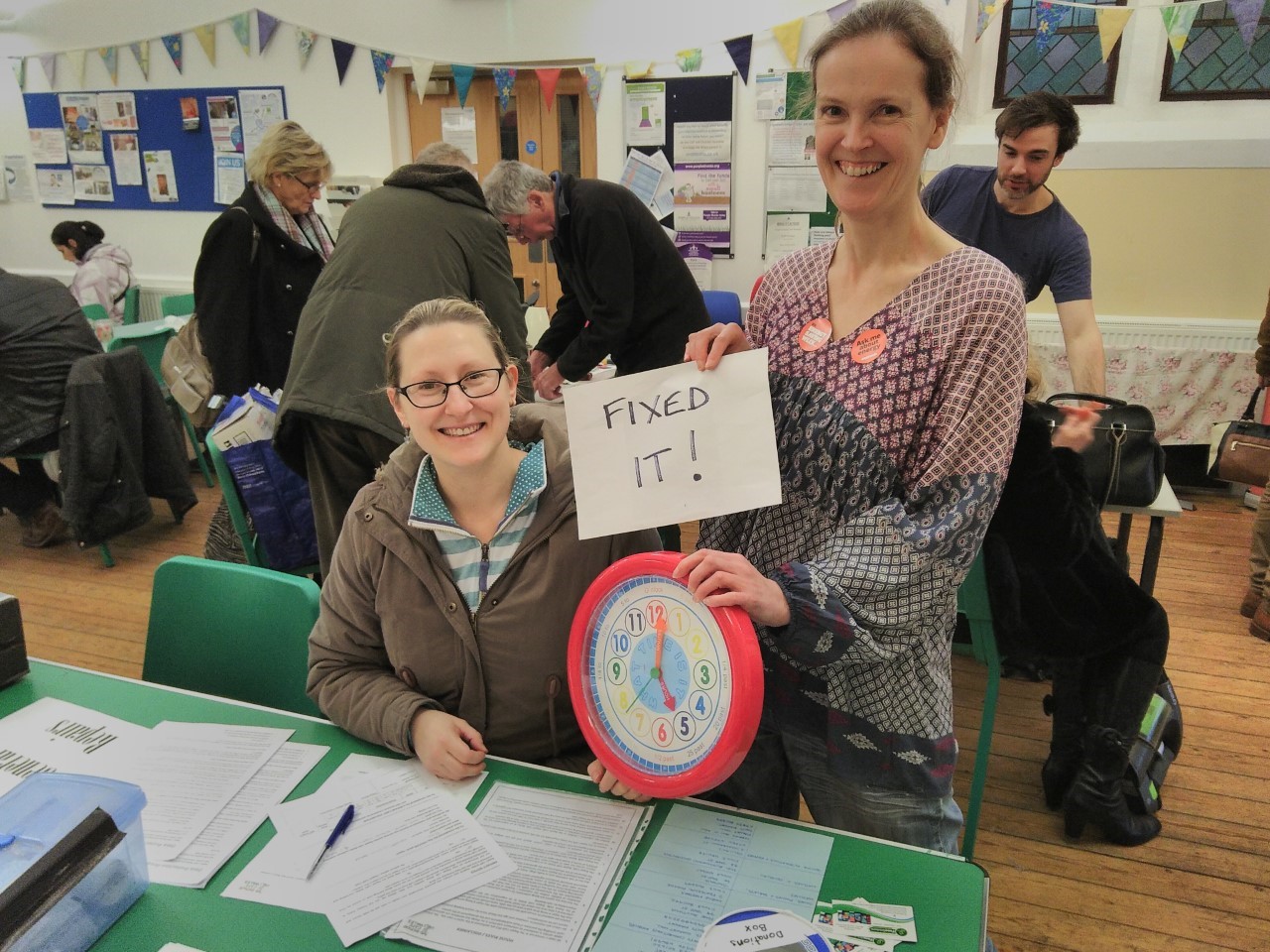 Repair Café Wales has grown into a really successful grassroots movement, so much so that it is now a core part of Welsh Government’s programme.

Repair Café Wales has gone from receiving a small grant through the Landfill Tax Communities Scheme (LDTCS) to being included in the new Programme for Welsh Government.

Frustrated with the unsustainable growth of landfill and waste, Repair Cafe Wales was founded by Joe O’Mahoney and Cerys Jones in April 2017.

They had been inspired by the international Repair Café, a movement led by Martine Postma since 2007 through the Repair Café Foundation, which supports people to start their own Repair Cafés.

In 2018 Repair Café Wales was awarded funding under round one of LDTCS to establish eight new repair cafes and train volunteers to fix items destined for landfill, teach repair skills, and encourage upcycling, free of charge.

‘After we got the initial grant from WCVA things took off!’ says Phoebe Brown, Director at Repair Café Wales. ‘We’re only coming up to five years old and we’ve grown so rapidly.’

The model proved such a success that in 2021 Repair Café Wales were successful in their grant application to the larger LDTCS Nationally Significant grant.

The Nationally Significant grant scheme is awarded to one project a year and is an opportunity for organisations to develop a project that will tackle national issues that affect Wales.

The Re:Make project was awarded £249,987 to develop and pilot technology that facilitates and monitors the value of repair and re-use economically, socially, and environmentally in Wales.

The project, developed in partnership with Benthyg Cymru in association with Newport City Homes and TPAS Cymru, reduces the amount of waste being sent to landfill while showcasing the potential of the circular economy in Newport.

This will be achieved by establishing an integrated repair and re-use facility for communities in and around Newport – a permanent Benthyg ‘library of things’ and a Repair Café space which will be established over the two-year period.

Weekly repair cafes and regular skill-sharing workshops divert items from landfill and save the community an estimated £920 per month.

From April 2022 Repair Café Wales will use funding from the Nationally Significant LDTCS grant to take what has been learnt from the Newport project to four more communities in Wales.

In June 2021 Welsh Government published their new government programme which set out the commitments of the government for the next five years. It included the promise to support 80 re-use and repair hubs in town centres across Wales.

‘It’s great to see that they’re planning to keep supporting Repair Cafés and want to see more of them, because our aim as an organisation is to see one in every community in Wales,’ says Phoebe.

The inclusion of Repair Cafés within the Programme for Government shows how the success of Repair Café Wales has helped to influence the visibility of the repair and reuse movement within policy.

‘While we’ve opened pretty much the first one in Wales, we know there’s lots and lots more to come and whether they’re from us or from other organisations, I think it’s a real step in the right direction.’

During the COVID-19 pandemic and national lockdowns Repair Café Wales took the difficult decision to close all repair cafes and suspend events.

Despite this, Repair Café Wales continued to provide regular repairing advice via virtual channels such as the volunteer Facebook page, which allowed both volunteers and members of the public to successfully carry out their own repairs at home.

When restrictions began to lift, Repair Café Wales reported their fastest growth with more people than ever wanting to get involved and give back to their communities.

‘I think that’s because people were at home in their local community, they weren’t going outside of their town or their city or village,’ explains Phoebe. ‘I think they kind of took stock and reflected on what they had locally to them and wanted to improve their local area – so the demand for repair cafes went up massively.

‘When we spoke to our volunteers through an online focus group, the main thing people missed was the friends they’ve made in Repair Cafés and the social side.

‘Repair Cafés helped make us feel more connected so after lockdown they took off even more, which was a lovely silver lining after a really difficult time!’

THE FUTURE FOR REPAIR CAFÉS

With the support of Welsh Government policy and the success of their projects funded under LDTCS so far, a Repair Café could soon be coming to a high-street near you!

‘I’m hoping that we can help communities alleviate some of that pressure, by being there for support and joining up with other organisations doing that too.

‘Having Repair more widely talked about in the media such as The Repair Shop on BBC One has really helped start to normalise and it and start people thinking about their behaviours differently.’

So what does the future hold for Repair Cafés Wales?

‘We want to look at some of the bigger issues facing Wales,’ says Phoebe, ‘Including the number of empty shops on high streets and getting people more familiar with repair and reuse in day-to-day life.’

HOW TO GET INVOLVED

If you want to find an event near you or set up your own Repair Café in your community visit Repair Café Wales to find out more.

LDTCS is currently open for applications for orgs that want to to help communities living within five miles of certain waste transfer stations or landfill sites take action for their local environment.