WCVA received a record number of nominations for the Welsh Charity Awards this year and during Welsh Charities Week we celebrated the five amazing winners highlighted here.

The Welsh Charity Awards were last hosted in 2019, and since then the voluntary sector has achieved extraordinary things, responding to crisis after crisis. The work of the sector has never been more needed, and this shone through in the almost 200 nominations we received.

The five winners accepted their awards at a small ceremony hosted at ITV studios in Cardiff Bay on Tuesday 22 November, during Welsh Charities Week. The Awards showcase the positive difference we can all make to each other’s lives, by recognising and celebrating the fantastic contribution charities, community groups, not-for-profits and volunteers make here in Wales.

Speaking on the awards, WCVA’s Chief Executive Ruth Marks said: ‘The Welsh Charity Awards demonstrate the extraordinarily diverse work found in the sector, and the impact charities and volunteers make to the lives of people every day in every community across Wales. We’re thrilled, at WCVA, to be able to honour these five worthy winners.’

Volunteer of the Year (volunteers aged 26 or over)

Sponsored by Keegan and Pennykid

The Walking Men of Mid Wales

Awarded to Andrew for his extra special contribution to men’s mental health. With male suicide levels spiking in the Newtown and Welshpool area, Andrew decided to set up a walking and talking group to support vulnerable men. He has since started a mixed group, all of which is proving a lifeline to many people in his community.

Young Volunteer of the Year (volunteers aged 25 and under) 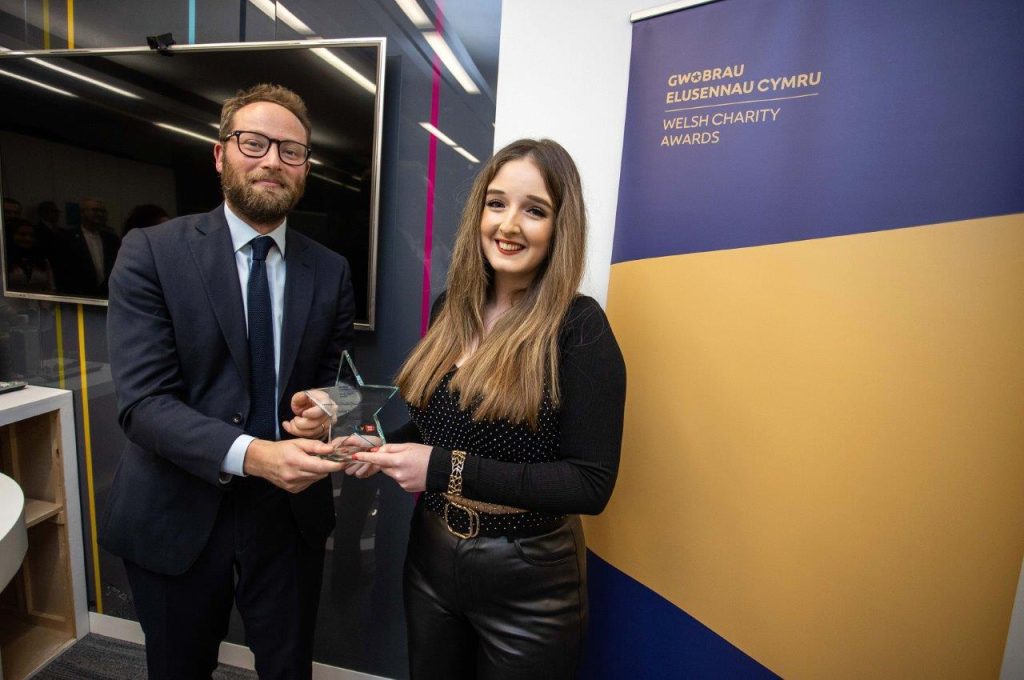 Fair Treatment for the Women of Wales (FTWW)

Rachel was recognised for her passionate advocacy for fellow endometriosis patients and disabled and chronically ill women in Wales. She has made an amazing contribution to FTWW’s campaigning, harnessing her lived experience to improve access to women’s healthcare and menstrual wellbeing education in Wales. 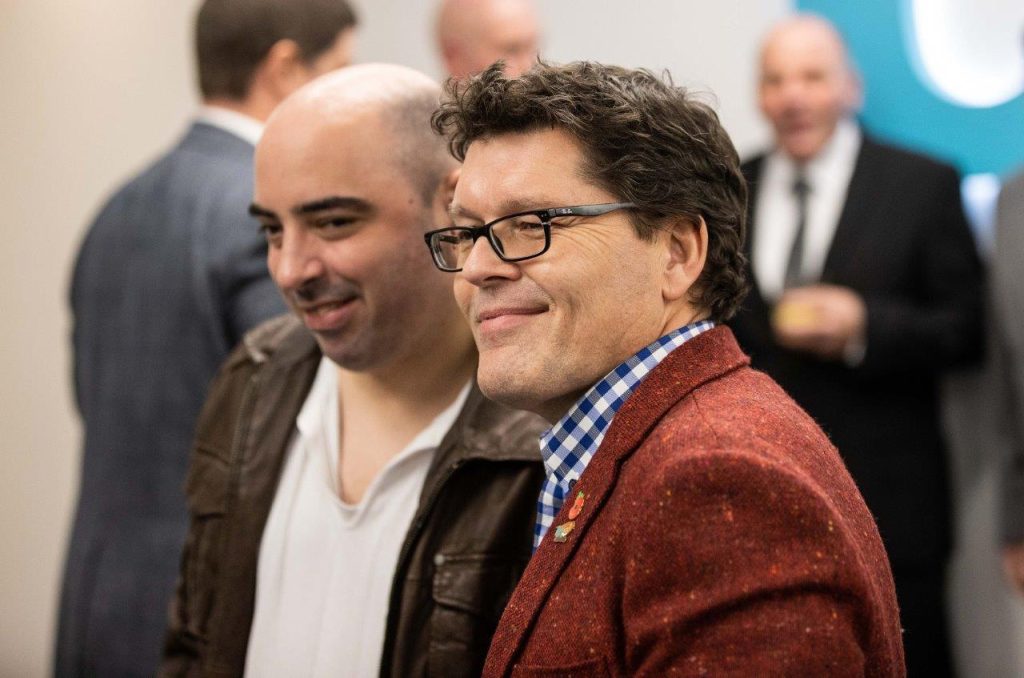 Innovate Trust won the award for their unique Insight app, which has made a huge difference to the lives of people with learning disabilities. Entirely free to access, it has broken new ground for the charity, increasing their engagement by 500% to 1,600 people in Wales and across the UK.

Sponsored by The Open University in Wales 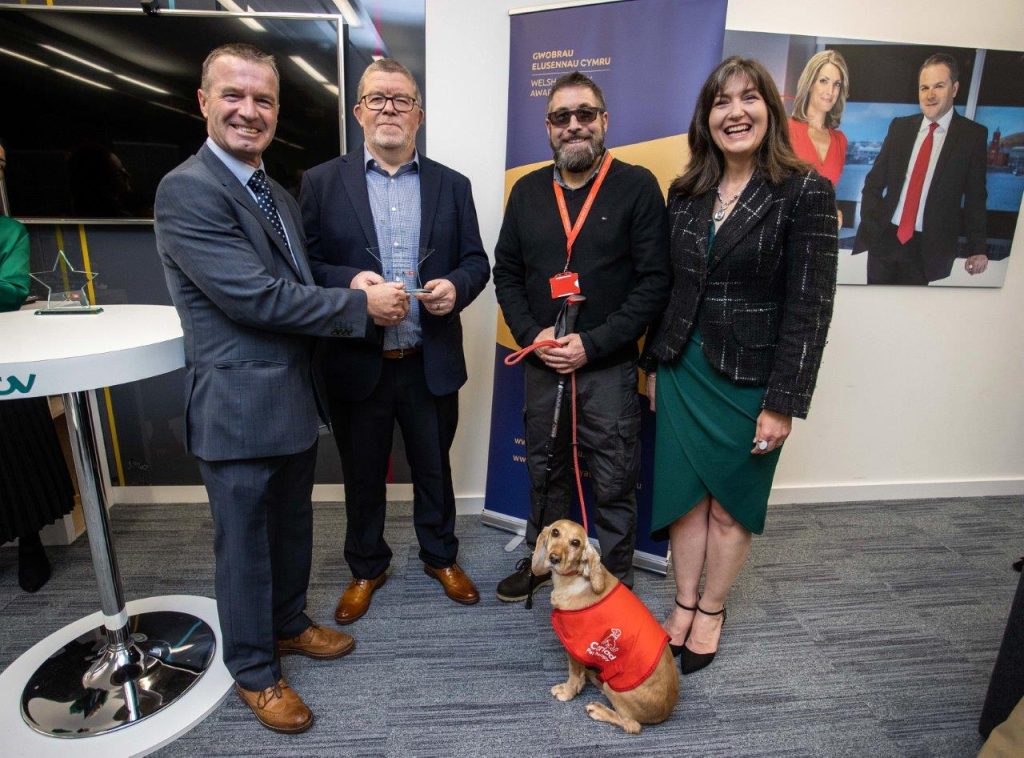 Cariad Pet Therapy is radically transforming the mental wellbeing of a range of communities across south west Wales, and have plans to expand to north Wales by 2022/23.They offer life-changing support to communities through 70 therapy dog teams, pet food banks, an active inclusion employability project and 60 robot pets.

Organisation of the year

Sponsored by The SCG Group 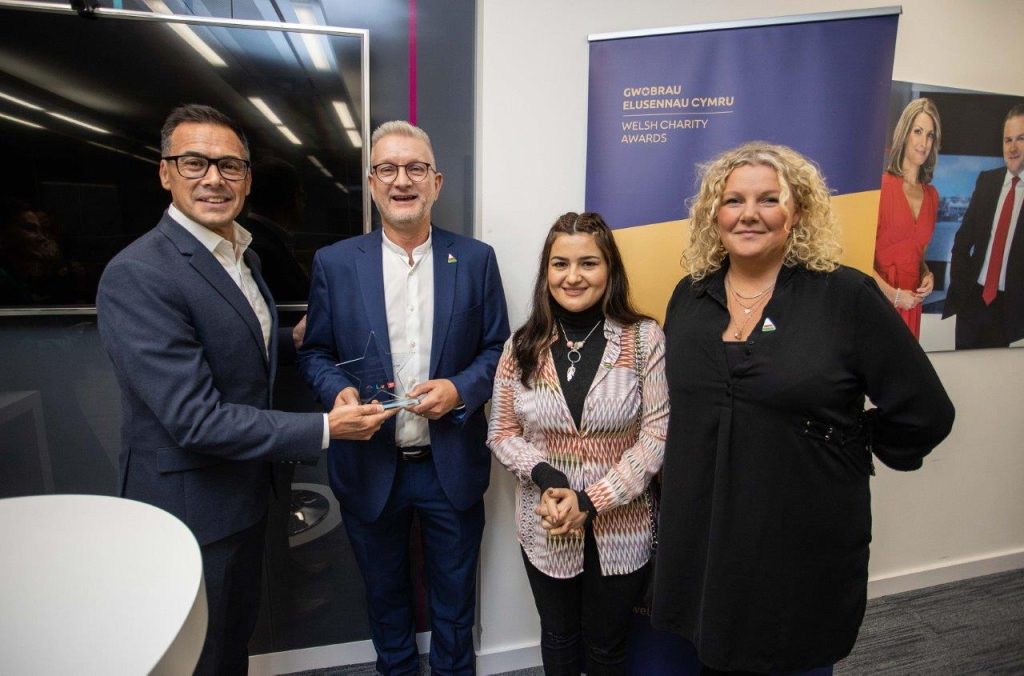 A truly outstanding organisation, the Urdd has achieved a huge amount in its centenary year, and has truly become a leading light for young people across Wales. Its much-lauded refugee work, benefiting 250 Ukrainians and 110 Afghans, is just the tip of the iceberg. Among its other many achievements, the charity offers £1 membership to children from low-income families (instead of £10), recorded its highest ever attendance at an Urdd Eisteddfod (in Denbighshire), and organised the first ever Wales-wide conference for women in sports.

A huge congratulations to all the winners, and a big thank you to everyone that made a nomination for this year’s Welsh Charity Awards. The judges were blown away by all the amazing stories of the frankly incredible things people and organisations are doing in Wales, thank you for everything you do!